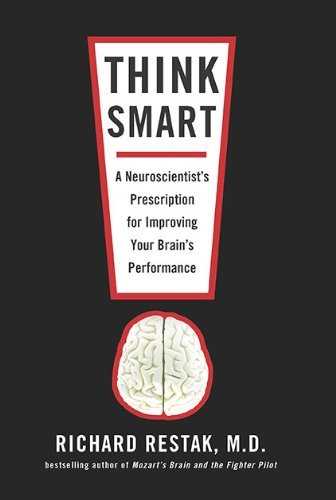 Page 41, Care and Feeding of the Brain

So what practical conclusions can one draw about diet and the brain? Here’s a summary of the most commonly accepted dietary formula for maintaining optimum brain health: maintain low weight, cut way down on saturated fats, eat fish and other foods contain high amounts of omega-3 fatty acids, decrease your intake of red meats, take in more fruits and vegetables, drink red wine in moderation, and sensibly supplement your diet with vitamins and antioxidants.

As part of your efforts to improve brain function, learn a new word each day. Keep a record of the new words you learn by entering them in a dedicated word journal. I started this exercise at twelve years of age in response to an intriguing and appealing proposal by my father. He told me that on certain days he would place a dollar inside the front flap of the dictionary. Since I couldn’t be certain which days he would do this, he suggested that I check the dictionary every day and, dollar or no dollar, learn a new word each day. “Every day a new word will be your reward and on some days you will be doubly rewarded,” he told me. Thus began a habit that has gone on now for almost a century (sadly, minus the excitement of finding my father’s dollar bribe).

KEY WORKPLACE TRAITS of each generation

The simplest imaging technique involves nothing more complicated than looking at your immediate surreoundings and taking a mental snapshot of them. Then close your eyes and “see” in your mind’s eye as many details as you can. Finally, open your eyes and compare your internal snapshot record with the scene in front of you. Note what you failed to missed. Repeat the process until your mental image contains all of the relevant components.

Anothor way of practicing this exercise that I personally favor is to use a camera. First, I select a particularly appealing scene that I will enjoy conjuring at a later time when I’m under stress. Then I take a picture of it with the small digital camera I always carry with me. Later, When I’m feeling stressed. I envision (without looking at the picture) the scene in my mind with as much detail as I can muster. When I’ve done my best mentally recalling the scene. I then look at the picture and compare my remembered image with photograph.